The Mitchellville Public Library opened its door for the first time on October 21, 1951.  It was located on the second floor of the old fire station.  By the mid-1950s, a new library was soon needed as the many steps to the second floor kept some older residents from using the facility. A local physician, Dr. David T. Nicoll, said that he would donate money for building a new library if the city would donate the land. In November of 1958, a red brick structure at 204 Center Ave. N became the new home of the library.  Measuring only 20' x 20', it was much smaller than the old one but was accessible to all citizens.

By the end of the 1960s, the little library was packed to its limit with books.  There was not enough space to hold the children at storytime.  In 1976 the library board established a fundraising committee, with the goal to add about 1,000 square feet.  The library was housed in an old bookmobile during construction.  In 1979, the completed structure opened its doors. Finally, there was plenty of room for children's programs.  But by the mid-1990s an old problem reoccurred...the library was out of space again.

In 2004 the City of Mitchellville purchased an empty former grocery store to house a new library.  This was located across the street from the old library. A Library Foundation was established with the goal to raise $600,000.  Remodeling started in early 2007, with a grand opening of the new library held on September 15, 2007, at 205 Center Avenue North.

Our present library now covers 5,000 square feet with plenty of space for growth.  It houses a reading room with fireplace, activity room, a teen corner, children's learning area with learning computer, six public computers and laptops available to use within the library as well.

Besides books, today the library offers audiobooks, DVDs, access to countless online databases, and free Wi-Fi. The library has 11 public access computer stations and has 6 laptops available for in-library-use checkout. We also have several iPads available for in-library-use and 3-day checkout. The staff has grown over the years and is now made up of a full-time library director, a full-time librarian clerk, and one part-time library clerk. 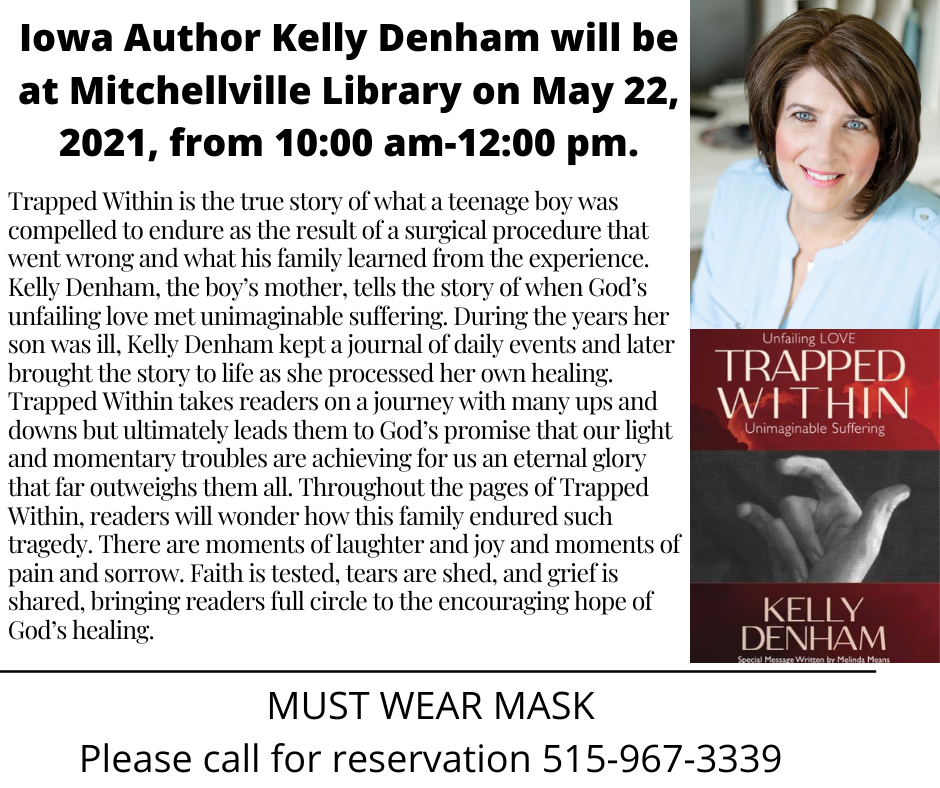 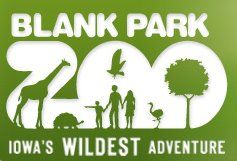 Come and join us for Summer Reading Kick off with the Blank Park Zoo. June 3, 2021, at 11:00 am, right here in the Mitchellville Library. Mask is required inside of the library, please.

Party in The Park Summer Kick Off 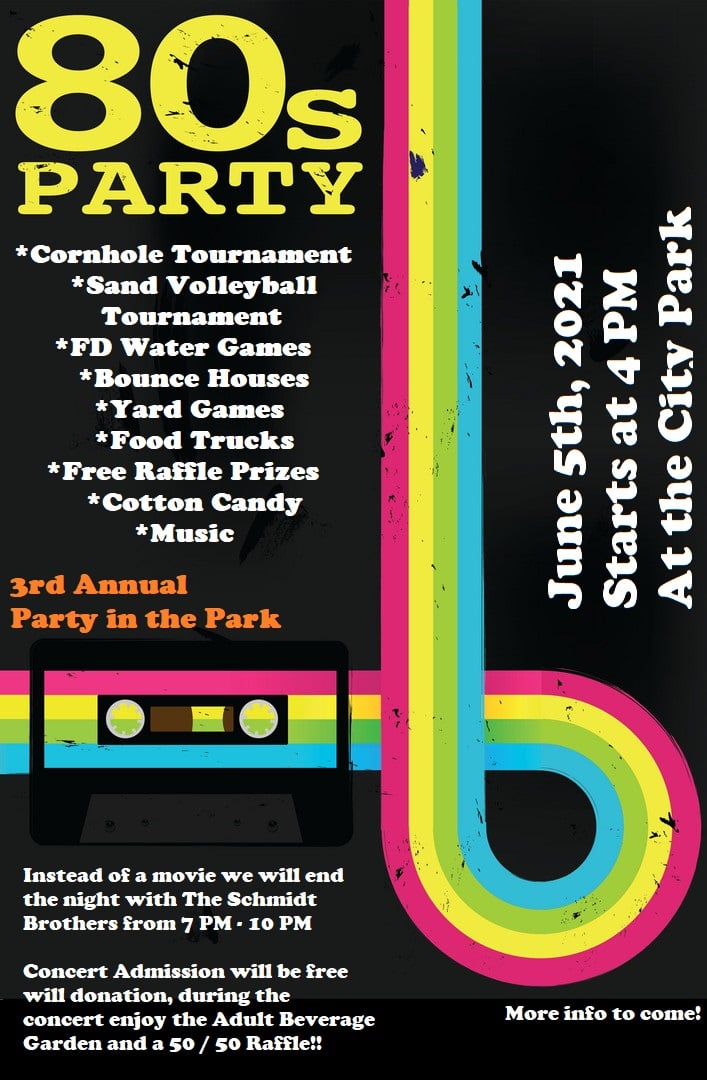 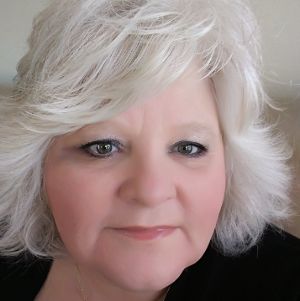 Welcome to the Mitchellville Public Library Website.  We hope you are staying healthy and able to take advantage of our curbside services, limited public computer access, and online services.

We open Tuesday, Wednesday, Thursday, and Friday 12:00 pm-6:00 pm and Saturday 10:00 am-1:00 pm.   Please call us at 515-967-3339 to ask for books, audiobooks, and DVDs for curbside.  Or you can go directly to our catalog on our website, www.mitchellville.lib.ia.us to reserve books and other library materials.  We will pull your requests, check them out to you, bag them up, and then call you when they are ready to be picked up.  When you arrive at the library, call us at 515-967-3339 let us know you are here, and we will deliver your books to your car.

We serve (deliver to homebound) lunches to seniors 60+ Monday-Friday. For more information, please call the library at 515-967-3339.

You will need to wear a mask; if you do not have a mask, we will provide one. Computers are limited to one hour, however, if you need to use the computer longer please ask for additional time.  Your computer station will be cleaned before and after your use.  You can also take advantage of our Wi-Fi service that can be accessed from the library parking lot. Our WiFi is MVPL sign-on and waits for continuing to appear, click it, and then you’re on our WiFi.

We urge you to explore the library’s online resources from Bridges Overdrive, Libby, Flipster, and many other resources and entertainment options. All are accessible from our library website, www.Mitchellville.lib.ia.us  – then scroll down on our home page.  You will need a library card to access it. If you do not have a library card, you may call the library and we can help you.

Please stay safe and we miss you!